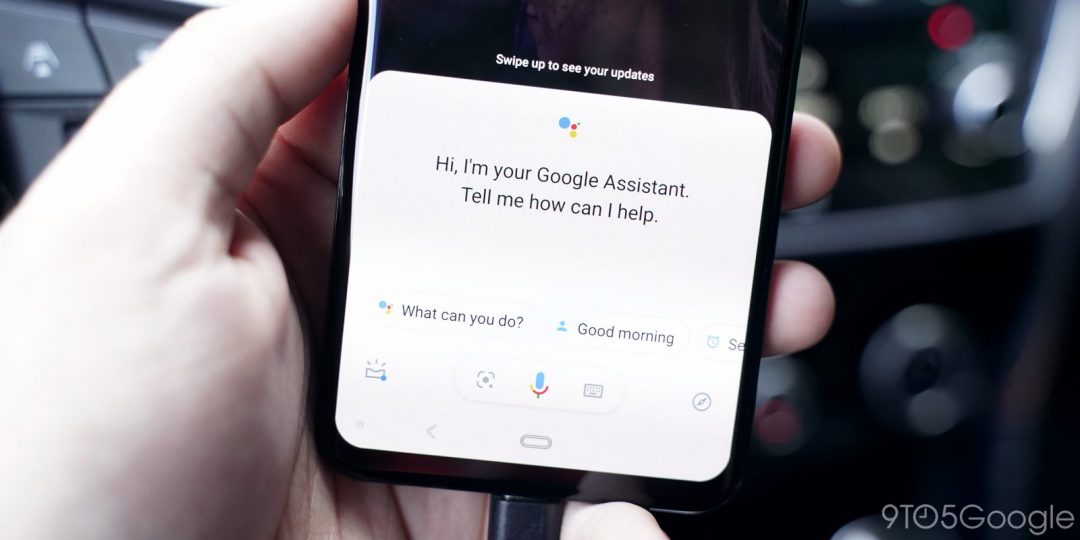 In the first 2 installments in this series (Separating Products from Capabilities and Systemising the Sales Process), we have looked at some strategies that will help you turn your services into products.

From this post onwards, we’re going to be looking at some specific tactics around documenting business processes that will help you execute those strategies.

Seems sensible, right? In fact it is sensible and is how I recommend people begin.

But it quickly gets hairy. Having a bunch of stuff written down is not enough to systemise your business because it ignores the most important factor: all these tasks need to be done by people.

And not just any people: these need to be people that:

There’s a management theory called Holocracy that got a lot of exposure when Zappos declared they were going to “eschew hierarchy” and implement a holocratic organisational structure by the end of 2014.

Although I think Holocracy reeks of bullshit management speak and is way too inaccessible to be used with any degree of practicality by small businesses, there is one aspect of holocratic organisational theory that I have unwittingly embraced in my own business, and that’s the importance of Roles.

The most important thing about roles is that they are not necessarily job descriptions (although they can be); the same role can be fulfilled by more than one person, and one person can fulfill more than one role.

The second most important thing about roles is that, even if you haven’t acknowledged them, they already exist.

In fact, if we take the simplest business in the world (ie. the “solopreneur”) and analyse it in terms of roles, this is what it looks like: 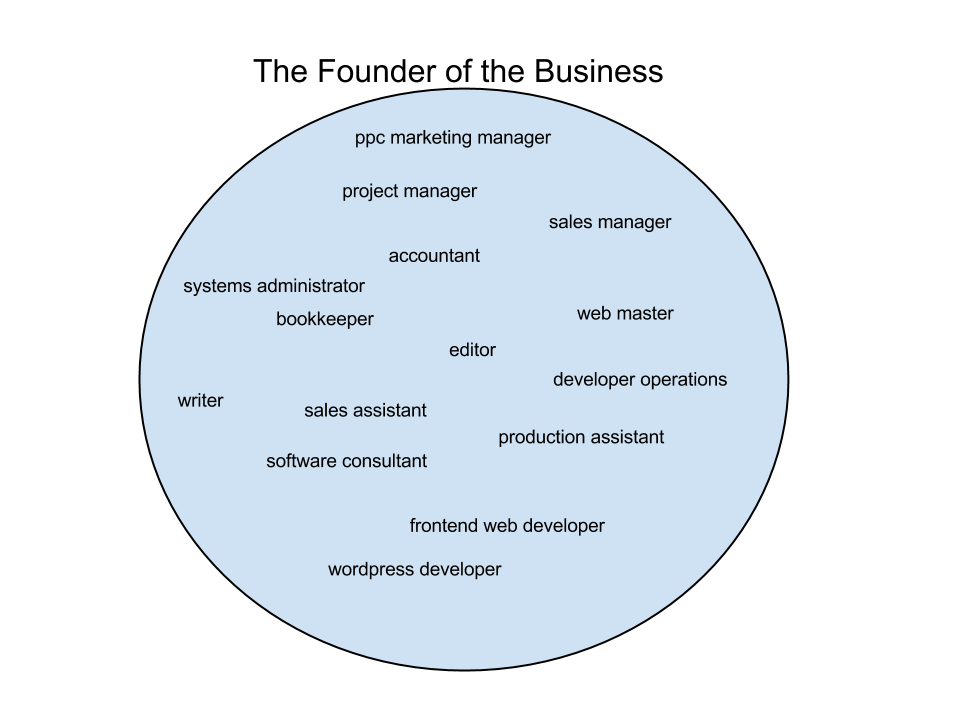 In reality, what you find is that in many cases these roles can be broken down even further so that, for example, rather than hiring one person as a “project manager” you might have several components of the project management process separated out into distinct roles.

To give you an indication of what this looks like in a real world scenario, here is a screenshot of the list of roles I’ve defined in my own organisation (across my three brands): 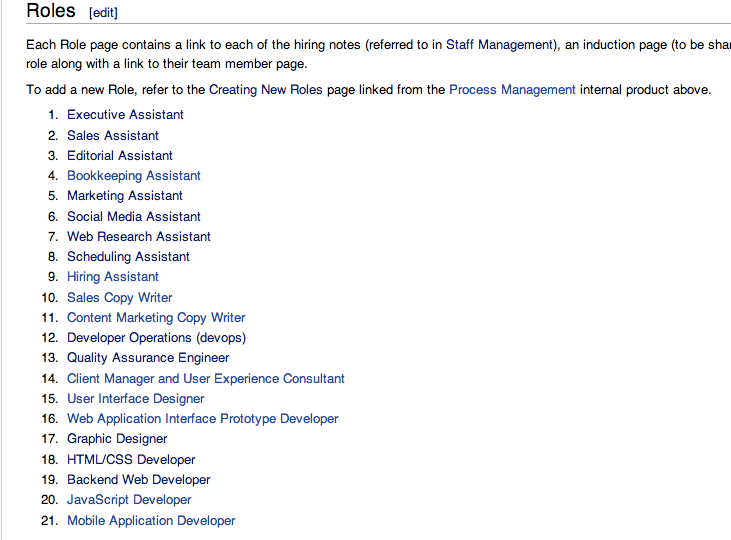 There are 21 roles, currently fulfilled by 18 different people. I fulfill 4 of those roles currently and about 17% of the total hours worked in the business are my own (out of about 7,000 total man hours per year).

What does a Role consist of?

The first step to creating roles in your business is to give the stuff you do a name. It helps to have written that stuff down before you try and name it (which is why I recommend you start by just getting something written down and hiring someone else to do it for you).

Because a role’s induction page contains everything that a new hire will need to know in order to do their job, a Role can act as a “collection of related procedures”.

So for example, I have a role called “Bookkeeping Assistant” which links through to several documents that give a new hire general info about how to do their job (accessing various tools etc.) as well as links to specific procedures that need to be done according to a fixed schedule:

In a later post, we’ll cover how to organise your procedures into “Products & Roles” but for now you can just use each Role as a way of grouping related procedures together.

How Roles will help you productise

As I stated above, Roles are not necessarily job descriptions, although they can be.

The fundamental problem that systemisation solves is that for some of the day, the business owner is working on tasks that are only worth, say, $5/hour because they could potentially hire someone on oDesk to do that job for $5/hour.

The challenge is that each of these little tasks might only take 10 – 15 minutes, and so it can seem utterly impossible to separate them out and hire someone to do each one.

The process for productising your business (especially if you’re currently a solo founder) will consist of gradually defining Roles and hiring people to do them.

As such, it helps to define roles that constitute each component of overall service delivery even for roles you currently fulfill. This allows you to price each of those components appropriately.

By defining Roles that group together related procedures, you can start by hiring one person that might fulfill several of these Roles (other than yourself), hence allowing you to give them an appreciable amount of work each week (rather than, say, only giving them 15 minutes of work per day which means you’re probably not going to be much of a priority for them).

As your business grows, you can hire individuals who *only* fulfill one of those roles that were previously covered by a single person.

Gradually, more and more of your time is spent doing only the highest value tasks.

You will also be able to see clearly whether or not your service delivery model is truly profitable. There is a stupid term coined by Paul Graham “Ramen Profitable”, which isn’t actually profitable at all. It’s perfectly acceptable for you, as the founder, to take a hit on your salary in order to allow you to get a business started, but when the time comes to replace yourself in the process you want to be sure that you will be able to hire someone to do what you do, at a price that will not cause the business to lose money.

Roles help you do this by identifying exactly which bits of a given product’s delivery are performed by people who cost different amounts, and then determine whether or not the price you’re charging for the service is sufficient.

In the next article we’ll talk about how to create an “entry strategy” for your business.

If you’d like to hear more please subscribe via email by downloading our free “3 mistakes that will doom your policies & procedures manual to failure“, or follow us via RSS, on twitter.com/procedurepeople or like us at facebook.com/procedurepeople